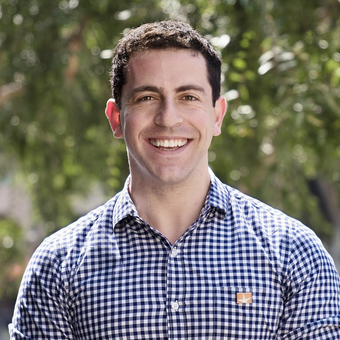 Amit Paley is the Chief Executive Officer and Executive Director of The Trevor Project, the world’s largest suicide prevention and crisis intervention organization for LGBTQ young people. He began as a counselor on The Trevor Project's 24/7 TrevorLifeline in 2011, and since then he has answered hundreds of calls from LGBTQ youth in crisis. Amit is the first volunteer counselor to become the CEO of the organization in its 22-year history and he still continues to answer calls on TrevorLifeline. Under Amit’s leadership, the organization has dramatically expanded the number of LGBTQ youth that it serves and the breadth of programming that it offers. During his tenure, The Trevor Project built and launched a new, integrated crisis services platform, expanded its chat and text services to 24/7, and more than tripled the number of youth served each month. The organization has also transformed its TrevorSpace platform into the largest safe-space social networking site for LGBTQ youth and expanded the Trevor Project’s research initiatives. Trevor also now operates the largest grassroots campaign in the world to end conversion therapy. Before Amit became the CEO of The Trevor Project, he was an Associate Partner at the global consulting firm McKinsey & Company, where he served numerous nonprofit organizations, Fortune 500 companies, and governments. He served as a leader of McKinsey’s LGBTQ group and spearheaded the firm’s global efforts on inclusion for transgender and nonbinary people. Prior to joining McKinsey, Amit was a reporter at The Washington Post. He covered numerous beats, including as a foreign correspondent based in the paper’s Baghdad bureau, where his work was nominated for a Pulitzer Prize. Amit is a magna cum laude graduate of Harvard College with an MBA from Columbia Business School and a Master’s from Columbia’s Graduate School of Journalism. He serves on the National Suicide Prevention Lifeline Steering Committee and the Executive Committee of the National Action Alliance for Suicide Prevention. Amit has served on the board of the Center for Public Integrity and as an adjunct professor at City University of New York. He is a renowned expert on the mental health of LGBTQ young people and suicide prevention, and his voice has been featured in The New York Times, The Washington Post, CBS, ABC, NBC, Reuters, Fortune and more. Amit is a 2019 GLG Social Impact Fellow, and has been included in NBC’s #Pride 50 list and the Logo30 list.

Artificial intelligence has the potential to streamline everything from data science to content creation.

Research shows that the pandemic has disproportionately affected the well-being and careers of people of color, and employers need to implement measures to mitigate that impact.

A culture of adaptability has helped many organizations not only survive but thrive through the challenges of the past year and will set them up for future success.

It's never been more important for leaders to show their team members their appreciation than in the past several months—and there are many ways to do it.

How nonprofits can foster a culture of innovation

By embracing strategic change, you’re building innovation into the fabric of your organization’s culture.

16 ways to build a strong community around your brand

If you want to build a brand that lasts, start by creating a community of like-minded consumers and advocates of your product or service.

The mission of The Trevor Project is to end suicide among gay, lesbian, bisexual, transgender, queer & questioning young people.