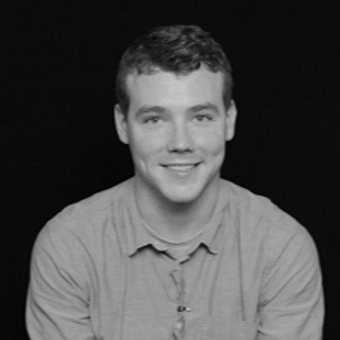 Patrick Ambron is the Founder/CEO of BrandYourself.com, which provides tools and services to help individuals clean up, protect and improve their online reputation and privacy. Patrick is recognized as a leading expert in Online Reputation Management, Online Privacy and Search Engine Optimization. In 2011, his company was named New York’s #1 Emerging Technology Business, making him the youngest person ever to win the $200K prize. He was recognized by the White House as one of Empact100’s top CEOs under 30, named Young Entrepreneur of the year by the SBA, and most recently, named to Inc Magazine’s top 35 under 35. He’s a contributor to Inc, Entrepreneur, Huffington Post and occasionally other places like the Washington Post where he writes about online privacy and reputation. He’s a regular instructor at General Assembly and guest lectures regularly at universities like Columbia, Syracuse, Georgetown and the University of Pennsylvania. Patrick has led BrandYourself to secure over $7 million in venture capital and grow to over 100 full time employees. The company was named in Entrepreneur Magazine’s 2015 “Best Entrepreneurial Companies in America” as well as one of The Hottest Startups in NYC. When launching the company in 2012, BrandYourself was named the overall Startup winner at SXSW as well as PC magazine’s Top 5 Web Apps at SXSW. The company has been featured on Fox News, ABC News, CBS News, HuffingtonPost, FastCompany, Mashable, TechCrunch, New York Post, WSJ, the NYTimes, PandoDaily, US News & World, and many others.

Business growing fast? 10 mistakes to watch for when scaling

Growth is a primary goal for almost every business, but if you don't have the right strategy for scaling up, it may hurt your business in the long run.

BrandYourself.com and Joinzoro.com help individuals clean up, protect and improve their online reputation and online privacy. We also partner with enterprises to provide privacy solutions to their employees/customers via API and whitelabel solutions. We've been leading the consumer privacy/reputation space for over a decade with 100 employees across two offices. We've helped over 1M customer protect themselves online. We can help --Improve negative google results --Find and remove exposed personal information from Google, search engines and data brokers --Automatically delete old, dormant accounts to keep you safe from breaches --Scan the dark web --Clean up social media and remove posts that pose privacy or reputation risk. Some highlights --Appeared on SharkTank. Offered largest investment ever at the time --Appeared on DragonsDen. Largest valuation ever given/most viewed clip (5M+ views)