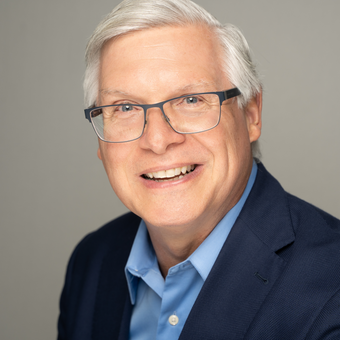 Ray Titus, CEO of United Franchise Group, the global leader for entrepreneurs, has elevated franchising from a career to a calling. His philosophies on growth, positive attitude, and family, influence the core values that have driven success within the brands he has developed from conception to international expansion. Since the beginning of his career, Ray’s enterprising spirit was cultivated by a franchising legend, his father, Roy Titus, founder of Minute Man Press. Their shared appreciation for innovation and resourcefulness, fueled by Ray’s determination, laid the groundwork for what has become an established and respected community within the world’s franchising industry. This year, United Franchise Group is celebrating its 36th anniversary. Ray founded the very first Signarama store in 1986 and since, has applied his successful business model to other business-to-business brands which currently include: Fully Promoted, Transworld Business Advisors, Venture X, Network Lead Exchange, and Preveer (previously, Resource Operations International). United Franchise Group has also welcomed to its family, a food division featuring: Jon Smith Subs, The Great Greek Mediterranean Grill, and Graze Craze. Having the resources and expertise to build successful franchises, led to the formation of several organizations dedicated to advancing the franchise industry. AFI, Accurate Franchising Inc., is a company that specializes in helping entrepreneurs transform their businesses into franchises. Franchise Real Estate is a leading commercial real estate brokerage, consultant, and advocate serving the franchising and commercial real estate sector. Today, UFG has over 1600 franchises in more than 60 countries yet continues to remain a family business. Ray and his wife Andrea have lived in Palm Beach County for over 35 years and have built a UFG team in which his family is highly involved. All three of his sons, as well as his three nephews and daughter-in-law have chosen careers within the organization making United Franchise Group a family-owned business that is truly like a family. Ray attended St. John Fisher College and Florida Southern College on basketball scholarships and continues to apply the enthusiasm and sportsmanship he gained from that experience to his perspective on leadership and teamwork, which has led to many humbling awards and industry recognition. In 2007, Signarama became the first ever franchise to be recognized with the prestigious “E” Award which was received in the oval office from President Bush. The President’s the highest recognition for a United States entity, for its significant contributions to the expansion of U.S. exports and in 2018, Ray was honored again for his leadership, when United Franchise Group also received the coveted “E” award. Ray has been recognized by Ernst & Young as Florida Entrepreneur of the Year, the Counselor International Person of the Year, the American Free Enterprise Medal from Palm Beach Atlantic University, ASI’s Power 50 list of the industry’s most influential people, the Sun-Sentinel Excalibur Award and for four consecutive years, Ray was named in Stitches magazine’s “Power 75” list of most influential people and was one of the founders of the Florida Franchisor Association. Ray not only participated in the World Leaders Conference, but also delivered the address in 2015. He has published several books including “Laws of Inevitability”, “Ray’s Week”, “Put a Little JJ in Your Life” and “You’re Not Listening to Me.”   Over 15 years ago, Ray established the United Franchise Group Foundation (charitable fund). His commitment to the local community, and to the global franchising community is epitomized by his involvement with The Titus Center for Franchising. He and his family donated significantly to help establish the center in cooperation with Palm Beach Atlantic University. It was the first university center in the USA, solely dedicated to teaching students the principles of franchising a business. The Titus family also established an endowed scholarship to reward selected Rinker School of Business students who are seeking a career in franchising. Ray’s achievements demonstrate his dedication to advancing the principles of franchising and his passion for entrepreneurship. He has created a community within the franchising industry that values family, personal growth, and fellowship. His outreach influences on a global scale as he continues to create opportunities for entrepreneurs to gain not only financial independence but also establish their legacy for future generations to come.

Managing and navigating change in business: What should change...and what shouldn’t

The right time to change is before you have to—otherwise, you risk going the way of the dinosaurs.

15 strategies to enhance a company's service

Strive to offer your customers (and employees) the best, even with a lean workforce.

Is now the right time to expand the business?

Here are 11 factors to consider before you open a second or third location.

These crucial factors will contribute to the organization's ability to thrive and make the necessary improvements, year after year.

Why 2022 is a great time to start a business

Without a doubt, small business owners excel at hard work and deliver on goods and services. As I like to say, we're not in the reality business, we're in the real-world business, and all indications are that things are picking up tremendously.

15 ideas to build brand recognition in a crowded marketplace

Follow these tips to attract the right people, gain credibility, and elevate your business.

Here's how to form the right business alliance

Set your terms and conditions early to achieve a positive partnership and maximize outcomes.