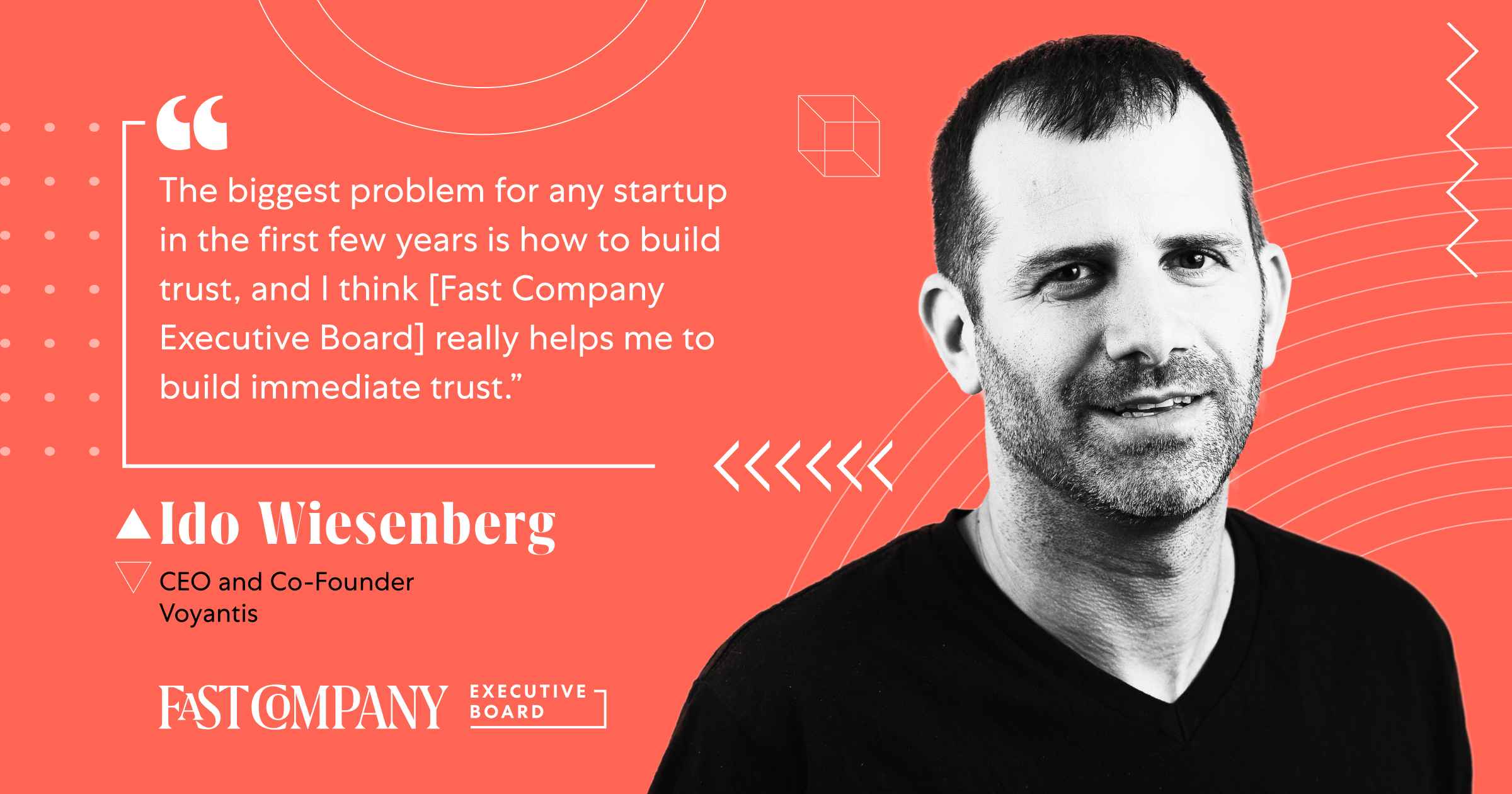 Serial entrepreneur Ido Wiesenberg started his first company, Frido Communication, in 2001 when he was just 20 years old, and it was profitable from day one. He provided online advertising services, built websites and ran marketing campaigns for a variety of clients. But while the business was successful, Wiesenberg knew that his ability to scale was limited. That’s when he turned his attention to video.

“I thought, ‘why don’t I build a product with video?’ and I started Tvinci,” recalls Wiesenberg. “After seven years, it became a massive platform.” He describes the product as a white label Netflix solution that enables big companies to launch their own TV platforms. Tvinci was acquired by Kaltura, and Wiesenberg remained with the company for several years.

It was not a move that’s typical of most entrepreneurs whose companies are acquired, but Wiesenberg had a plan. “I never did an MBA,” he explains. “And Kaltura was founded by super talented people so I felt that it was an amazing opportunity for me to learn.” Specifically, he wanted to learn everything he could about how to effectively scale a company. So he took on multiple roles, such as sales, acquisitions, and marketing. After seven years of working non-stop building his own business, he finally had some work/life balance, and a lot less stress. But it didn’t last.

“After a few years of resting, I felt I was ready to start a new adventure,” he says. “I was weaponized with much greater skills than I had ten years ago.” Before launching his current company, Voyantis, in 2020, Wiesenberg spoke with many founders in multiple industries about the pain points and impediments to growth. He kept hearing the same thing: the cost of customer acquisition was continuing to rise, and the customers who were ultimately acquired were not necessarily profitable. Founders of tech companies seemed to be focused on the sheer number of users rather than the true lifetime value of those users — a practice that ultimately eats into profitability.

“[Fast Company Executive Board] is a great opportunity for me to share my ideas with fellow executives and leaders. I’m proud and happy to be part of this amazing group."

With co-founder and CTO Eran Friendinger, Wiesenberg conceived of an AI platform that could predict each customer’s future lifetime value (LTV). The goal was to help consumer companies acquire better users from the beginning — users who would last longer and yield more profitability. “If they are spending X dollars on Facebook, Google, or any other network, with our technology they will invest a dollar and we’ll get two dollars out of it instead of $1.50,” he says.

The co-founders started validating their technology in the beginning of 2020 and Wiesenberg says the pandemic accelerated Voyantis’s formal launch in July of 2020. “We felt that demand during the pandemic would be much greater,” he says. Efficient spending of online marketing dollars suddenly became more critically important to companies. And from a selling standpoint, Wiesenberg says the sales cycle was shortened by the rapid acceptance of Zoom meetings as an alternative to in-person visits.

With $19 million in seed funding, Wiesenberg prioritized building an infrastructure that would help his company scale quickly. For instance, he hired an HR director right away so that he’d have the systems in place to hire and motivate his team and scale the culture along with the business. And with other departments, such as finance and technology, he put in place the building blocks for a much larger, global company so that when the company grew, he wouldn’t need to waste time and money upgrading. The company already has 50 employees and seven-figure revenue.

Thought leadership has been an important part of Wiesenberg’s growth strategy. “It’s why I’m part of [Fast Company Executive Board],” he says. “I want to focus on the problem, and less on our solution. The first thing you need to do is build a category of people who understand the problem and then the second step is ‘how do we solve it?’” Publishing through the Executive Board, Wiesenberg says, “is a great opportunity for me to share my ideas with fellow executives and leaders. I’m proud and happy to be part of this amazing group.The biggest problem of any startup in the first few years is how to build trust and I think this really helps me to build immediate trust.”