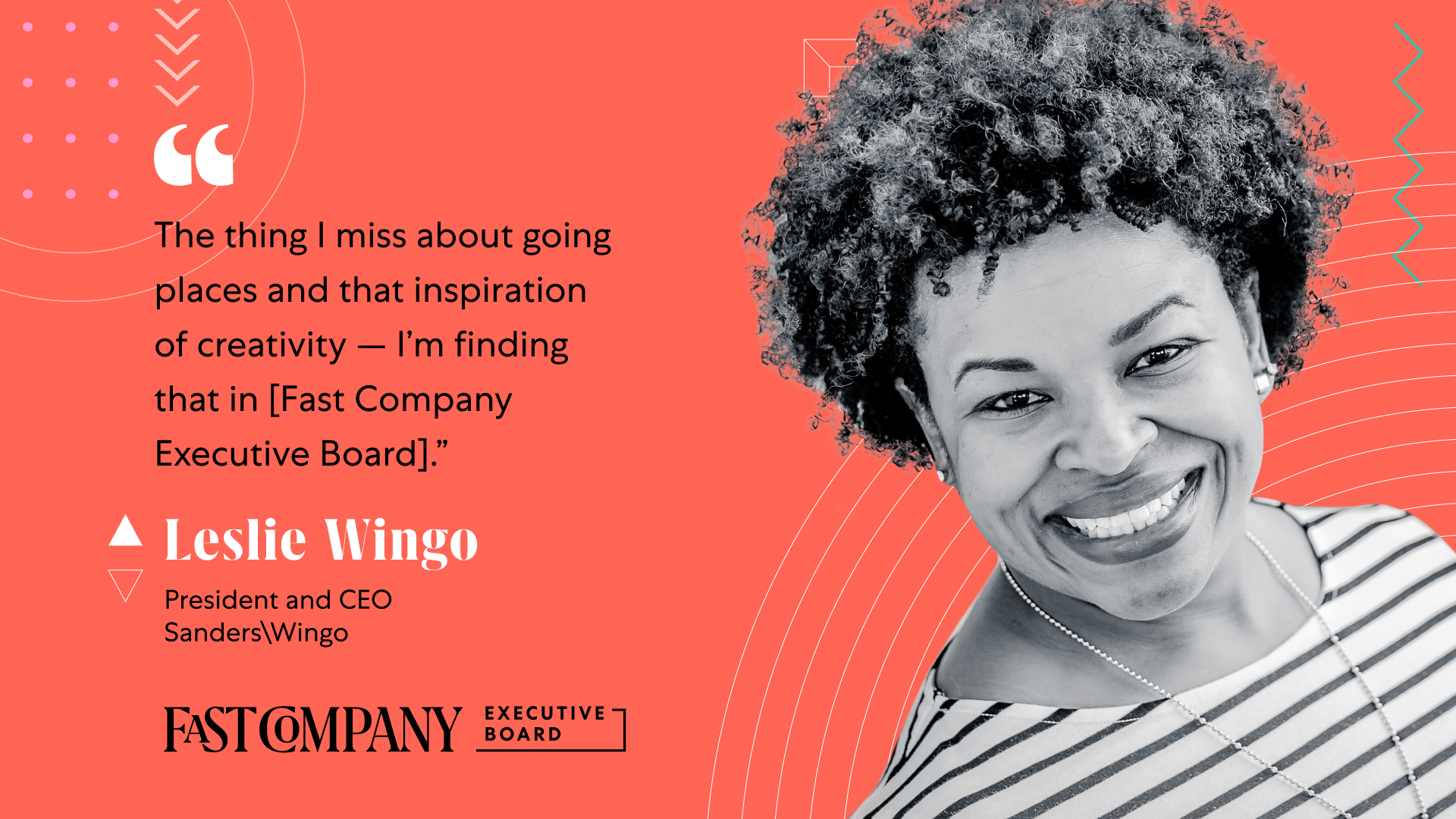 One of the best compliments Leslie Wingo has ever received came from a client during a pitch meeting. “You don’t sound like a 60-year-old company,” said the client. “You sound like a startup.” Wingo sits at the helm of Sanders\Wingo, an El Paso, TX advertising agency founded in 1958 that her father, Bob Wingo, joined in the 80s. “For us, that entrepreneurial spirit of hustle until we get it done is always going to be there, and it’s always going to be important,” says Wingo.

When Wingo was still in college, she asked her father for an internship at the agency. But Bob Wingo didn’t think it was a good idea for his daughter to work for him. Determined to work in advertising, Wingo approached one of her father’s competitors, a move that did not sit well with him. He capitulated and hired her as an intern, but insisted that she work under someone else on his team. Wingo answered the phone, reconciled bank and phone statements, filed, faxed, and schlepped. “It was the stuff that nobody wanted to do, but it helped me learn the business side of being a creative agency,” she says. “I did work my tail off and now I’m running the show.” Her father is still involved with the company as chairman.

When Wingo started working at Sanders\Wingo, it was a general market agency situated in a heavily Hispanic market. “Our general market would be multicultural everywhere else,” says Wingo. In 2001, she decided to expand the agency’s footprint and opened up an office in Austin, drawn to the city’s technology industry and the ease of travel to clients in other parts of the country. But it was bad timing: September 11 and the dot com bust compelled her to rethink her strategy. “All the tech money very quickly went away,” she says. “We had all these big plans and things kind of fell apart, so we had to figure out what the hell we were going to do.”

As she drilled down to research industry trends, Wingo realized that there were many agencies in other parts of the country that were helping clients understand the African American market, but there was only one such agency in Texas. “We were perfectly suited to do this work,” says Wingo. The agency started working with clients such as Shell, State Farm, and Southwestern Bell (now AT&T) to help them reach African American consumers. Back then,  she says,  “brands looked at segments much like the census.  It was about carving out dollars to reach African Americans and multicultural consumers.”

“It’s amazing to have this incredible forum of people sharing ideas online. It’s people from different backgrounds and different places, who are looking to do different things in new and exciting ways.”

That mentality has shifted and Wingo’s clients now view the African American market through a very different lens. “There was a renewed interest in African American consumers specifically after the murder of George Floyd,” says Wingo. “Brands and organizations see Black people as having their own unique culture or cultures. I don't have to build a case study for what the culture of Black folks is.”

Most brands also now understand that it’s not enough to make broad claims about their commitments to diversity and inclusion, says Wingo. Consumers demand transparency and have a “show us your receipts'' mentality because any disconnect between a brand’s message and its actual behavior will be called out on social media. And Wingo says that while companies come to Sanders\Wingo primarily for advertising, they increasingly need help with  integrating diversity, equity, and inclusion into their businesses, both internally and externally. “There's an interest within companies big and small to look for diverse talent, and also to create cultures where people feel like they're going to be okay in that workspace,” she says.

Wingo says her agency is now in the midst of a pivot; she will leverage her own diverse staff of 32 to help companies think of new ways to grow their companies. “We’re looking at where creatives go from here, in a world that is becoming very, very focused on digital and data,” she says. “There's something missing between technology and humanity, and I think that's where we will fit in beautifully.”

While her company has grown during the pandemic, Wingo says she misses traveling and the creative stimulation that comes from connecting with other professionals. “The thing I miss about going places and that inspiration of creativity — I’m finding that in [Fast Company Executive Board],” she says. “It’s amazing to have this incredible forum of people sharing ideas online. It’s people from different backgrounds and different places, who are looking to do different things in new and exciting ways.”