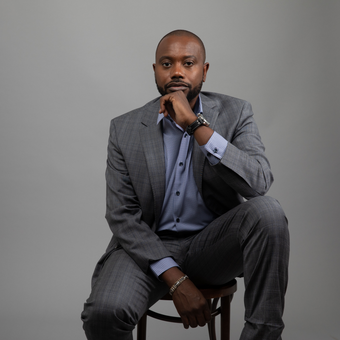 Andre Swanston, “Mr. Exit,” is a dynamic tech innovator and media magnate whose ability to forecast industry shifts, identify opportunities and take calculated risks, has catapulted him from $9 in his pocket to one of the only 9-figure exits by a Black American. A regular contributor to Bloomberg, Forbes, Wall Street Journal, and The Hollywood Reporter, Swanston was co-founder and CEO of Tru Optik, a data and identity company for streaming media advertising, acquired by TransUnion, where he went on to serve as VP of Media and Entertainment. As a former Division 1 collegiate track athlete, Swanston’s “need for speed” has transcended the sport to now describe his ability to quickly scale his own entrepreneurial ventures or those in which he invests. Born in the Bronx, Swanston’s first venture was an event promotion and production company, Full Eclipse, that he founded as a junior in college. At the age of 23, he opened one of New England’s largest nightclubs and by 28, Swanston moved on to private wealth management at JP Morgan Chase & Co., becoming one of the youngest Vice Presidents of Investments in the company. Bit by the entrepreneurial bug again at 31,Swanston invested a great deal of his own money, lined up several investors, and exited the investment world to launch Tru Optik. Tru Optik was one of the most relied upon providers of data and identity across Connected TV, streaming audio, and gaming at the time of its 2020 acquisition by TransUnion. This catapulted Andre into one of the top ten largest acquisitions for any Black American CEO and founder, at 39, making him the youngest person on the list. Swanston has received awards for his accomplishments with Tru Optik and was appointed by Governor Ned Lamont to the Board of Connecticut Innovations responsible for the state’s venture fund to promote economic development and innovation. Additionally, Swanston is an active investor in minority- and women-owned businesses and with his wife, generously donates to education and community based initiatives throughout the country. Swanston graduated with a B.A. in economics from the University of Connecticut where he pledged Alpha Phi Alpha Fraternity Inc. He resides in Connecticut with his wife and their two children.

In order to slingshot past the competition in a large or fast-growing market, exceptional leadership is important.

Connecticut’s strategic venture capital arm and the leading source of financing and ongoing support for innovative, growing companies. See who we help, the many ways we can support you, and the partnerships you can forge as your company grows.