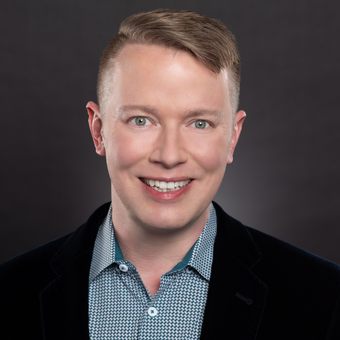 Curtis Sparrer is a principal and co-founder of Bospar PR. His client work spans B2B, B2C, and every permutation in between. He has delivered stellar results for such clients as PayPal, Unisys, Tetris, and the alien hunters of the SETI Institute. Business Insider twice listed Curtis in its 50 Best Public Relations People In The Tech Industry. The Los Angeles Times called him a “crisis management expert.” The PR industry trade publication PRovoke named him to its Innovator 25-Americas list. The San Francisco Bay Area chapter of the Public Relations Society of America (PRSA) named Curtis its PR Professional of the Year. The PR World Awards named him the Public Relations Executive of the Year, the Public Relations Innovator of the Year, and the Public Relations Professional of the Year. The Bulldog Reporter named him the Media Relations Professional of the Year and the PR Professional Who Makes a Difference. PRWeek profiled more than a dozen programs led by Curtis as examples of innovative and effective techniques with outstanding results. These examples included convincing Google to change its daily Doodle into the building blocks of Tetris; working with Star Trek legend George Takei, and telling Neil Patrick Harris why it’s not acceptable to say “San Fran.” Curtis keeps abreast of the dynamic media landscape with columns in Adweek, Entrepreneur, and the Forbes Communications Council. He has placed articles about the importance of PR and marketing for brands that wanted to elevate their profiles in ClickZ, MediaPost, O’Dwyer’s, and PRWeek. Before moving into PR, Curtis was executive producer for KRON-TV, the nation’s largest independent television station. His work there earned him an Emmy. Curtis employs his unparalleled TV training skills to prepare each of Bospar’s client spokespersons to shine during their many moments in the spotlight. Having appeared on TV and online to talk about why public relations and branding matters in our everyday lives, Curtis knows exactly what his clients are experiencing. He has written in Forbes about how these experiences have sharpened his media training. In his efforts to make an even broader contribution to PR and society, Curtis is the president of the San Francisco Press Club and is on the board of PRSA Silicon Valley. He is a lifetime member of the National Lesbian Gay Journalists Association and StartOut, a LGBTQ entrepreneurial organization. He is married to Brice Stanek, an interior designer in San Francisco.

When PR becomes the product

When it comes to campaigns, there are many ways to build in the potential for greatness.

Press releases are a foundational element of what PR pros do, and their ability to communicate to multiple different parties is critical.

Creating data surveys and reports that pass the ‘so what?’ test

Investing in a well-executed survey—and answering the “so what?” question while offering a killer stat—will help your organization stake out and maintain a thought leadership role.

16 ways to manage your company's image from the inside out

Here's why cultivating a brand is more than just advertising.

Bospar is the "politely pushy" boutique tech PR firm with a team of highly-seasoned pros who exist to put you on the map.