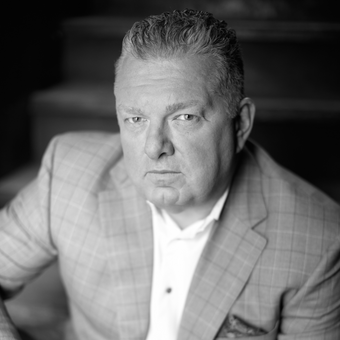 Bestselling author and industry leader, Lance Tyson, is the President and CEO of Tyson Group, an award-winning, high-performance sales training and consulting firm. With more than 30 years focused on sales training and consulting for some of the biggest brands in the world such as the Dallas Cowboys, Red Gold Tomatoes, Eli Lilly, and Topgolf, Lance specializes in generating measurable results due to his evidence-based approach to the subtleties—and the power—of the human-to-human connection. As the trusted advisor to executive management teams across the nation, Lance has had the privilege to consult on negotiation strategies for multi-billion-dollar naming rights and sponsorship deals for the nation’s biggest sports stadiums. Since the age of twenty-five, Lance has been onstage at least twice a week, delivering sales presentations to crowds of 10 to 10,000. In January of 1995, he joined Dale Carnegie, a leader in professional training programs, where he moved his way up the ranks, eventually acquiring franchise ownership and building the largest and most successful Dale Carnegie sales operation in the Western Hemisphere. When getting the deal is critical and the sales environment is challenging, sales leaders across all verticals rely on Lance Tyson to help them find the prospects, get the meeting, and close the deal. He resides in Dublin, Ohio with his wife, Lisa, and their three sons.

The lily pad effect: How to develop deep roots to protect your sales team from any storm

How do you develop deep enough roots to insulate your sales team from uncertainty and instability?

Is it time for a sales renaissance? Why the sales industry needs to use a science-based approach to talent

The best sales leaders realize that although the “gut feeling” of recruiting talent will always be around, nothing competes with science.

Have you been thinking about sales leadership all wrong?

Lead the people but manage the processes that help them succeed.

As a Selling Power Top 20 Sales Training company—and the sales training and consulting leader for some of the biggest brands in the world such as the Dallas Cowboys, Eli Lilly, and Topgolf—Tyson Group educates companies across all industries how to win the complex sale. From drawing up a game plan and making critical adjustments on the fly, to running the perfect play that closes the deal, Tyson Group’s training and consulting programs prepare sales leaders and their teams to handle even the most unpredictable situations with confidence. Organizations nationwide rely on Tyson Group’s data-driven, results-based Sales Team 6™ framework, which focuses on the six elite drivers of high-performance sales teams. Results include increased productivity, reduced sales-cycle time, and higher close rates. From recognition on the most influential awards’ lists in the industry, to increased demand for free online resources, to bestselling sales books penned by the company’s founder, Tyson Group is a sales consulting leader in a class of its own.