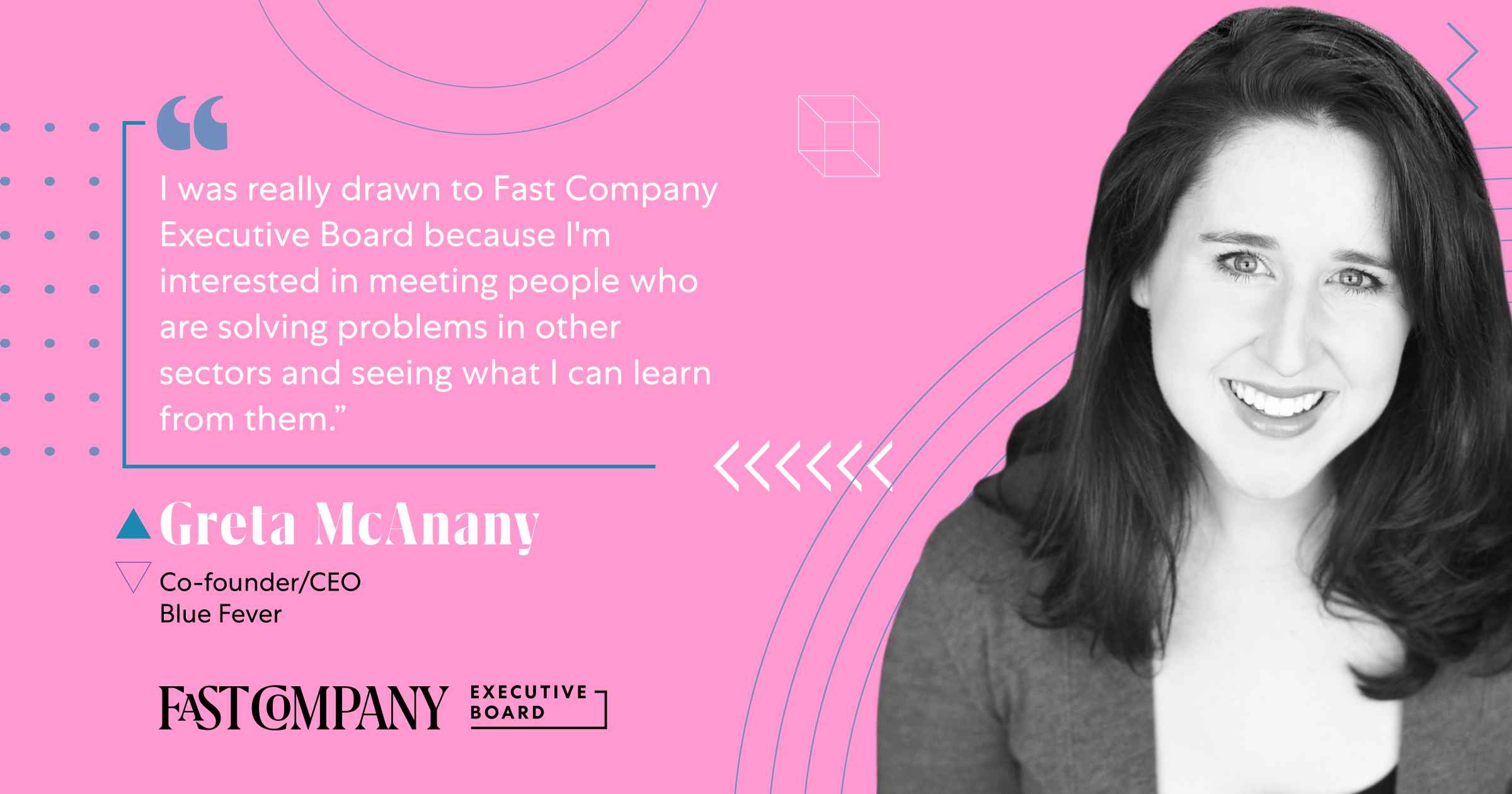 It all started at the Sundance Film Festival, where Greta McAnany and Lauren Tracy were waiting in line to see a film. “We didn’t get into the movie, so we started talking and then went and got a whiskey,” recalls McAnany, who started an independent film production company right out of college. The two hit it off and shortly after that initial meeting, they launched a media company together. And that first venture eventually morphed into Blue Fever, an app that provides AI emotional support and community to Gen Z women.

As is common with startups, Blue Fever evolved from a concept that barely resembles the company in its current iteration. “We started Blue Fever as a Netflix for Millennial women,” says McAnany. “We were invested in finding the right piece of content for a person at the moment of impact and relevance, where everything is curated by mood and emotion.” For instance, a user going through a painful breakup might need a movie recommendation to help her deal with feelings of loss and sadness. “Initially Lauren and I manually curated thousands and thousands of pieces of content,” says McAnany.

That model, she concedes, was not scalable. But, she says, “I think that it's actually been one of our strengths — building something that's not scalable, understanding if it works, and then investing time, resources, and energy into making it scalable.” Based on what they learned in a TechStars accelerator program in 2017, the founders pivoted. They found that their users were more interested in engaging via text message than on the beta platform they had built, and they discovered something critically important about those users: they were not Millennial women, but Gen Z women in their teens and early twenties. Often called the first social generation, or digital natives, younger Gen Z’ers have no memory of life without social media. Girls, especially, can often conflate “likes” with self-worth. “When you get on the Internet at age ten, it's really easy to feel like you don't matter, especially when you see all these influencers, who ‘matter,’” says McAnany.

"I think each of us has a piece of the puzzle of how the future is going to look.”

McAnany and Tracy decided that Blue Fever would be an SMS product that served as a digital, empathetic big sister to Gen Z women. “At the core of it is a vision for the world and a north star that Lauren and I have always stuck with,” says McAnany. “We believe that people deserve to be their authentic selves online, and have more meaningful connection with others.” They created a conversation formula, then eventually built an algorithm to power an empathetic chatbot named Blue who responds to users and recommends videos based upon emotional need. “It’s emotional media, not social media,” says McAnany.

The founders scaled that version of their company to 350,000 users before moving on to the next stage, which involves migrating users from text to a new app which McAnany describes as “a multimedia, interactive evolution of the teenage diary that allows Gen Z to emotionally connect without judgement." It allows users to interact with Blue and with one another, anonymously. Think of it as a universe of journals, each with a different topic (school stress, coming out as LGBTQ, remote learning, etc.) where users can group journal together and respond and react to others with memes, stickers, gifs and, eventually, music. And it all stays positive. “We’ve built proprietary anti-toxicity technology and designed the product so that people are getting the feeling of emotional connection without judgement,” says McAnany.

Blue Fever, says McAnany, is now “intentionally pre-revenue” but the founders are beginning to explore ways to monetize the app, which is funded by Amazon, Bumble Fund, Techstars, and others, including Serena Williams.

McAnany says “I was really drawn to Fast Company Executive Board because I'm interested in meeting people who are solving problems in other sectors and seeing what I can learn from them. I think each of us has a piece of the puzzle of how the future is going to look.”  She’s also excited about the opportunity to contribute thought leadership content to share her story.

Founders Grow and Connect in Fast Company Executive Board