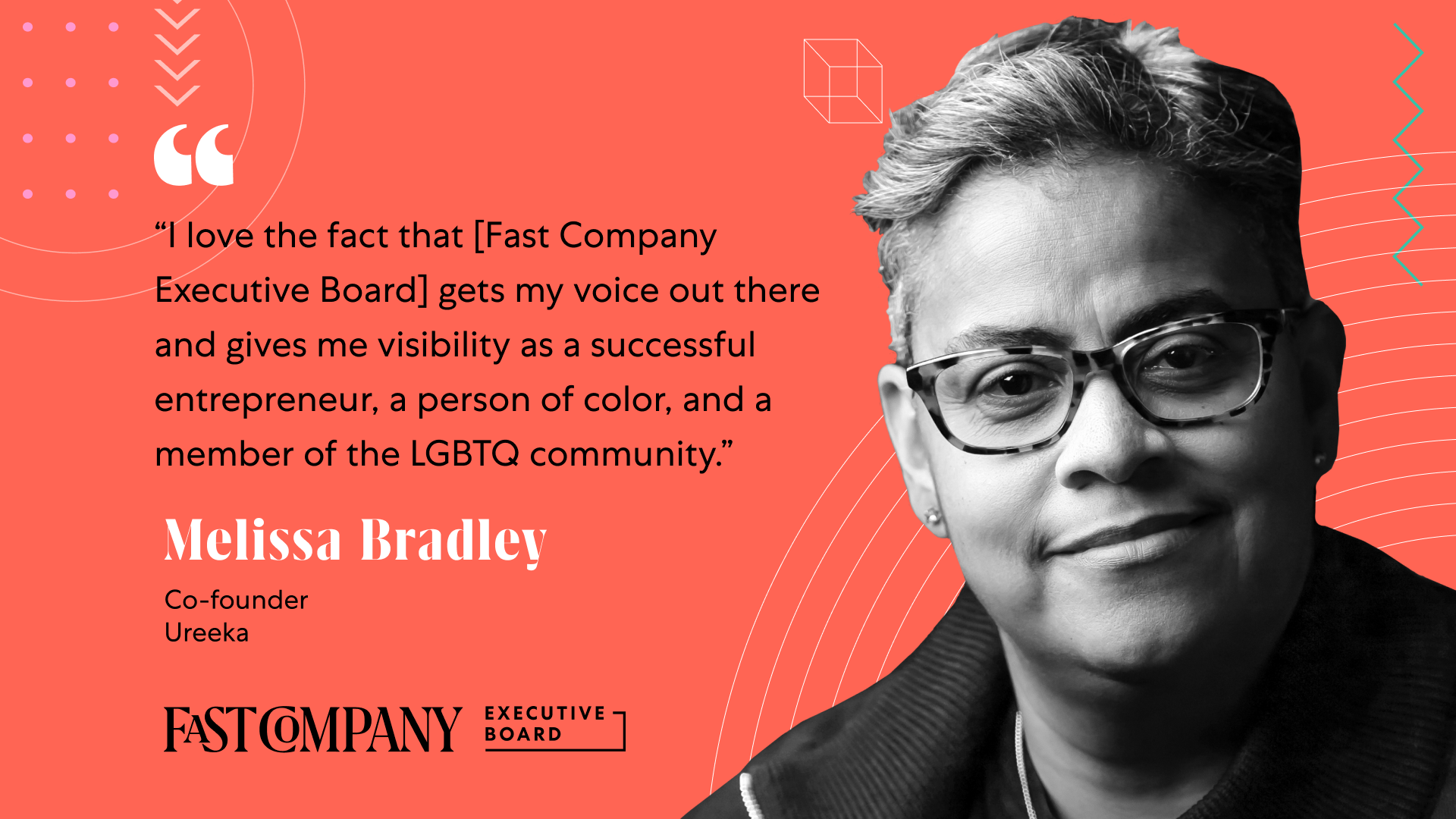 Early in her career, Melissa Bradley left her job in the financial services industry with the intention of starting her own firm. With her small severance package, she put together a business plan and went to the SBA with hopes of securing funding. “The SBA told me no because I was Black and female and they didn’t know any successful Black women in financial services,” she recalls. When she left that meeting, she vowed that if she was ever successful, she’d do her part to make sure that other Black and female entrepreneurs were not discouraged from realizing their entrepreneurial dreams. That goal inspired her for the next twenty years.

Bradley started her own investment/venture capital firm, New Capitalists, and facilitated more than $20 million in venture capital transactions. But while she was eager to fund minority-owned firms, she found that there was a limited pipeline of entrepreneurs in that category who were ready to receive money. “I think there are a lot of people who know how to start a business, but they don't know how to grow a business,” she says. “Hence, we have a lot of sole proprietors in this country, which is not a bad thing. But we were not seeing the same growth of, I'll say respectfully, real businesses amongst the Black and brown community and even amongst women.”

With her current ventures, Ureeka and 1863 Ventures, Bradley is addressing the pipeline problem. The latter grew out of a project she took on in 2016 after serving as chief strategy officer at the Corporation for National and Community Service in the Obama administration. 1863 Ventures is a nonprofit entrepreneurship program based in Washington, D.C., with an investment fund attached to it. It serves “new majority” entrepreneurs — Black, Hispanic, Asian, and female business owners.

“We realized very quickly that there was a dearth of entrepreneurship support in the nation's capital, particularly in certain communities,” says Bradley. “In the United States, over 88% of all entrepreneurship programs focus on startup, but very few actually focus on growing and scaling a business.” Within 18 months, Bradley and her team identified more than 500 D.C. businesses that were ready to scale. She transformed what was originally a volunteer, regional organization to a national independent nonprofit with corporate sponsors such as Ford Motor Company and Target. For instance, 1863 helped a struggling company called Pizza Cupcake bolster its internal systems, find a co-packer, and pitch Target. “She ended up getting on Shark Tank, so that was huge,” says Bradley.

“We got some calls from investors saying [my article on supporting Black founders] was very helpful.  And founders reached out and said, ‘this is awesome. This is exactly what I’m trying to say to investors.’”

There are now more than 10,000 entrepreneurs who have benefitted from 1863’s three free programs — a training module that helps scale consumer packaged goods companies, an accelerator program that focuses on B2B, and a certificate program with Georgetown University’s McDonough School of Business that deals with expansion, fundraising, and mergers and acquisitions. An additional offering, called Three R’s, is a grant program that helps COVID-impacted entrepreneurs rebuild their businesses.

In 2019, Bradley launched Ureeka with two co-founders — David Jakubowski and Rob Gatto — because she realized that entrepreneurs who had graduated from 1863, or other incubator and accelerator programs, would likely need additional support. Ureeka offers a scalable tech program that pairs entrepreneurs with mentors and coaches, and allows them to connect with one another, to ask questions and solve problems. The company, which raised $8.6 million in venture capital, runs on a freemium model and now has approximately 1300 members. While the majority of entrepreneurs pay their own fees, Bradley says that large corporate sponsors, such as Facebook, Salesforce, Google, and Comcast are also subsidizing membership.

Bradley says she was originally attracted to Fast Company Executive Board because of her affinity for the brand. “I love the fact that it gets my voice out there and gives me visibility as a successful entrepreneur, a person of color, and a member of the LGBTQ community,” she says. She’s found the connections with other members in various industries to be valuable as well. “I love hearing what other people are doing, and connecting with them has been cool,” she says. Her first article through the executive board, Starting Your Journey to Support Black Founders, has given her increased visibility as an expert and generated a lot of feedback. “We got some calls from investors saying it was very helpful,” Bradley says. “And founders reached out and said, ‘this is awesome. This is exactly what I’m trying to say to investors.’”

23 Ways to Spread the Word About Your Published Article