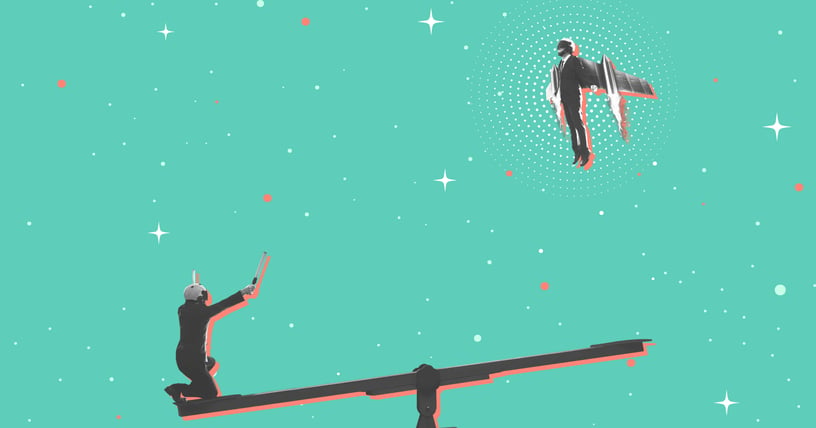 In an innovative, forward-thinking company, a visionary leader is critical.

An ordinary leader may keep their team on task and maintain the status quo, which is fine for a while. Some companies in a comfortable position can function this way for an extended time.

But ordinary leaders — and companies — are not moving forward. They exist aimlessly, without direction, and are likely to see their success eclipsed by a visionary leader with a plan.

Visionary leaders have a destination in mind. They are not content to let things go on as they always have. They are innovating for future success. They see where they want their company to go and what it needs to accomplish to make a difference in the world, and they have the optimism and confidence to plan to make it happen.

But just having a strong vision isn’t enough to make you a visionary leader.

Advantages of the Visionary Leadership Style

Visionary leadership provides, above all, direction. A strong leader with a clear vision is vital for keeping a company, especially an enterprise business, moving toward innovation and success.

Visionary leadership in a human-centered workplace engages employees. Gallup estimates only 20% of employees are engaged worldwide, but engagement results in strong benefits for employers, like less absenteeism and theft and more safety and productivity.

Research has shown that visionary leaders pave the way for a more effective organization. This is a logical progression; after all, if you know where you’re going, you can plan an efficient route to get there.

What Does a Visionary Leader Do?

How does a visionary leader provide direction and increase engagement and efficacy? Here are five ways. 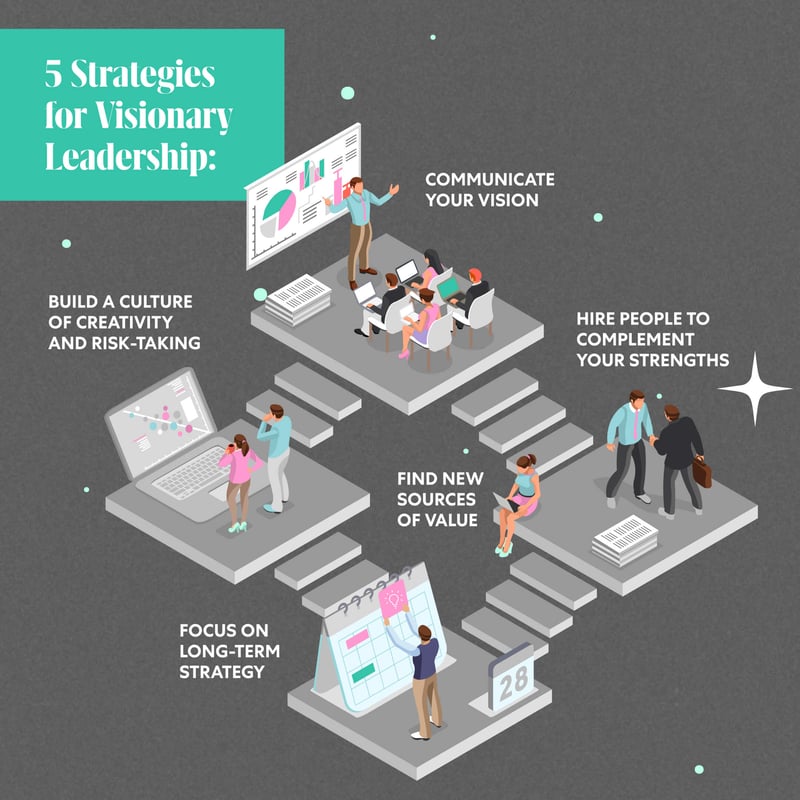 Martin Luther King, Jr. expressed his vision for the end of racism in his famous “I have a dream” speech in 1963. “I have a dream that one day this nation will rise up and live out the true meaning of its creed: We hold these truths to be self-evident, that all men are created equal.”

He illustrated his vision with vivid, real-life examples, like “I have a dream that my four little children will one day live in a nation where they will not be judged by the color of their skin but by the content of their character.”

King’s passion for his vision of equality and the charisma with which he described it made a historic impact — not only on the quarter million people who heard his speech in Washington that day, but on generations since.

Visionary leaders are focused on the future, so strategy and planning are paramount. As soon as you know where you want to go, you start plotting a path to get there.

Big changes take time, but technology changes fast, and the business world moves accordingly. So visionary leaders map out short-term steps that will take them where they want to be in the long term. You can make course corrections as you go by updating your short-term plan, but always keep the end goals front and center in your team’s mind.

Malala Yousafzai’s vision is for a world in which girls everywhere have the opportunity to get a safe education. With more education comes economic growth, increased health, and more peaceful communities.

But with over 130 million girls not in school at present due to social barriers like armed conflict, poverty, child labor, early marriage, and cultural attitudes that label women as second class, Malala estimates that we are 100 years away from education for all girls.

So the Malala Fund started by investing in local activists who need funding and support to make immediate changes in their own areas of influence. It now operates at local, national, and international levels to advocate for girls’ education and a better world — no matter how long it takes.

Read about the visionary women of Fast Company Executive Board and how they, too, are changing the world of business for women.

Build a culture of creativity and risk-taking

Visionary leaders are able to inspire and direct their teams to work on the edge of innovation. This means taking risks, conducting experiments, and allowing your team to do the same.

Ed Catmull, one of the founders of Pixar and current president of Walt Disney and Pixar Animation Studios, has contributed to the development of multiple groundbreaking animation techniques, including the RenderMan engine, Z-buffering, and texture mapping. His technical genius is surpassed only by his vision, which has remained constant since his graduate school days — to develop computer animation for outstanding feature films.

Under Catmull’s leadership, Pixar uses techniques like Braintrust meetings (in which teams of employees offer candid feedback on in-progress projects) to foster collaboration and problem-solving. He says, “Our purpose was not merely to build a studio that made hit films, but to foster a creative culture that would continually ask questions.”*

Catmull is also a vocal advocate of risk-taking. “While experimentation is scary to many, I would argue that we should be far more terrified of the opposite approach. Being too risk-averse causes many companies to stop innovating and to reject new ideas, which is the first step on the path to irrelevance,” he says.*

Don’t let fear of failure keep you, or your team, from discovering and developing in creative ways.

Hire people to complement your strengths

Having a great idea only matters if it is implemented, and you can’t do it all yourself.

Steve Wozniak and Steve Jobs are one of the most-recognized pairs of complementary leaders in business. While Wozniak is a technical genius in electronics engineering and computer programming, Jobs was the communications guru.

Wozniak designed the Apple II, one of the first personal computers available for widespread use, and later the Apple Desktop Bus, which became the basis of all Macintosh computers. Jobs advocated for constant progress, modifications, and upgrades, and became known for his magnetic presentations of new Apple technology.

Visionary leaders enable their companies to be forward-thinking, always watching for new sources of value. Do you see any trends in your industry? What will the effect be, and how can your business participate? Even better, what problems do you see in your industry? Finding a solution before your competitors realize there is a problem is a dynamite way to stay ahead of the game.

In 2014, CVS made a bold, forward-thinking announcement: the company would no longer carry tobacco products in its stores. This was a big gamble for CVS; experts estimated a loss of $2 billion in profit per year. But CEO Larry Merlo had a vision. He said, “​​By removing tobacco products from our retail shelves, we will better serve our patients, clients and health-care providers while positioning CVS Caremark for future growth as a health-care company.”

Merlo paid attention to anti-tobacco trends and considered what a future without tobacco might look like for CVS. Removing tobacco was a short-term loss, but opened the door to future opportunities for partnerships with health care providers and other opportunities that could not only replace, but surpass the loss from tobacco. Healthier, more ethical opportunities provided new sources of value for the company and allowed it to fully embrace its health-care connections.

How to Improve Visionary Leadership (Avoid These Pitfalls)

Having a leader with vision and the chops to see it through is, without question, a boon for a business. But visionary leaders must be on the lookout for some pitfalls specific to their big-picture, future-oriented focus. To be the best you can be:

Some leaders who unquestionably did great things for their companies, like Steve Jobs and Elon Musk, unfortunately developed reputations for being dictatorial and difficult to work with.

But human-centric workplaces are more important than ever in the post-COVID era. People are taking control of their work lives. The best workers expect the best environments, including leaders that treat their teams with respect and understanding.

In today’s business environment, if you want to attract and keep great people, you need to recognize their value and treat them accordingly.

If you’re about to glide past this section because you’re not a micromanager, stop for a minute. Are you sure? Almost no one thinks they are a micromanager, but almost everyone has worked for one. The math doesn’t add up.

Don’t make the mistake of trying to do everything yourself because no one else gets your vision like you do. As noted above, first, communicate your vision clearly, and then hire great people and let them get on with it. Micromanagement is infamous for creating resentment and stifling good work from competent knowledge workers.

As Ed Catmull notes, “The fact is, giving a ton of freedom to highly self-motivated people enabled us to make some significant technological leaps in a short time.”

If you create a strong team, communicate well, and appreciate your employees, they will take your vision and run with it. And because they will bring their own experiences and perspectives to the table, they are likely to come up with iterations and improvements that you never would have come up with alone.

Avoid the impulse to ignore details

Following through on details and execution may not be as much fun as the initial excitement of generating big-picture ideas, but they are necessary to keep your business afloat in the short term while you bring your long-term vision to life.

Someone has to keep an eye on the details and implementation. For example, focusing on targets, metrics, and budgets will help keep your innovations practical. It doesn’t have to be you; remember that hiring others to complement your strengths can be a big help.

Hire expert managers who are good at details and bottom lines to oversee departments and keep your vision on track in terms of finance, technology, marketing, and so on.

As the visionary leader of an innovative enterprise, you are the guiding star for your organization. Your vision can give your people direction, spur their engagement, and inspire their creativity. But having the vision is just the beginning; you’ve got to communicate it, focus on long-term outcomes, build a creative culture, hire people whose expertise complements yours, and constantly seek new sources of value. And you must avoid steamrolling, micromanaging, and ignoring details.

*Creativity, Inc.: Overcoming the Unseen Forces That Stand in the Way of True Inspiration by Ed Catmull

I Am Malala: The Girl Who Stood Up for Education and Was Shot by the Taliban by Malala Yousafzai and Christina Lamb

A Call to Conscience: The Landmark Speeches of Dr. Martin Luther King, Jr., edited by Clayborne Carson and Kris Shepard

Talk Like TED: The 9 Public-Speaking Secrets of the World's Top Minds by Carmine Gallo

"The Puzzle of Motivation" by Dan Pink

"How To Start A Movement" by Derek Sivers

"How to Get Your Ideas To Spread" by Seth Godin 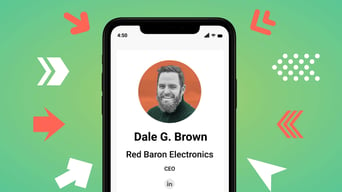 Inside Fast Company Executive Board 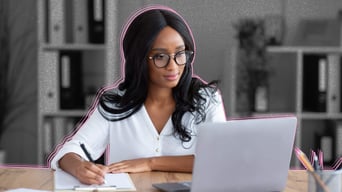 What is Executive Education and Why is it Important? 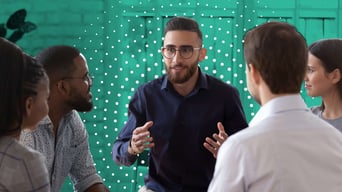