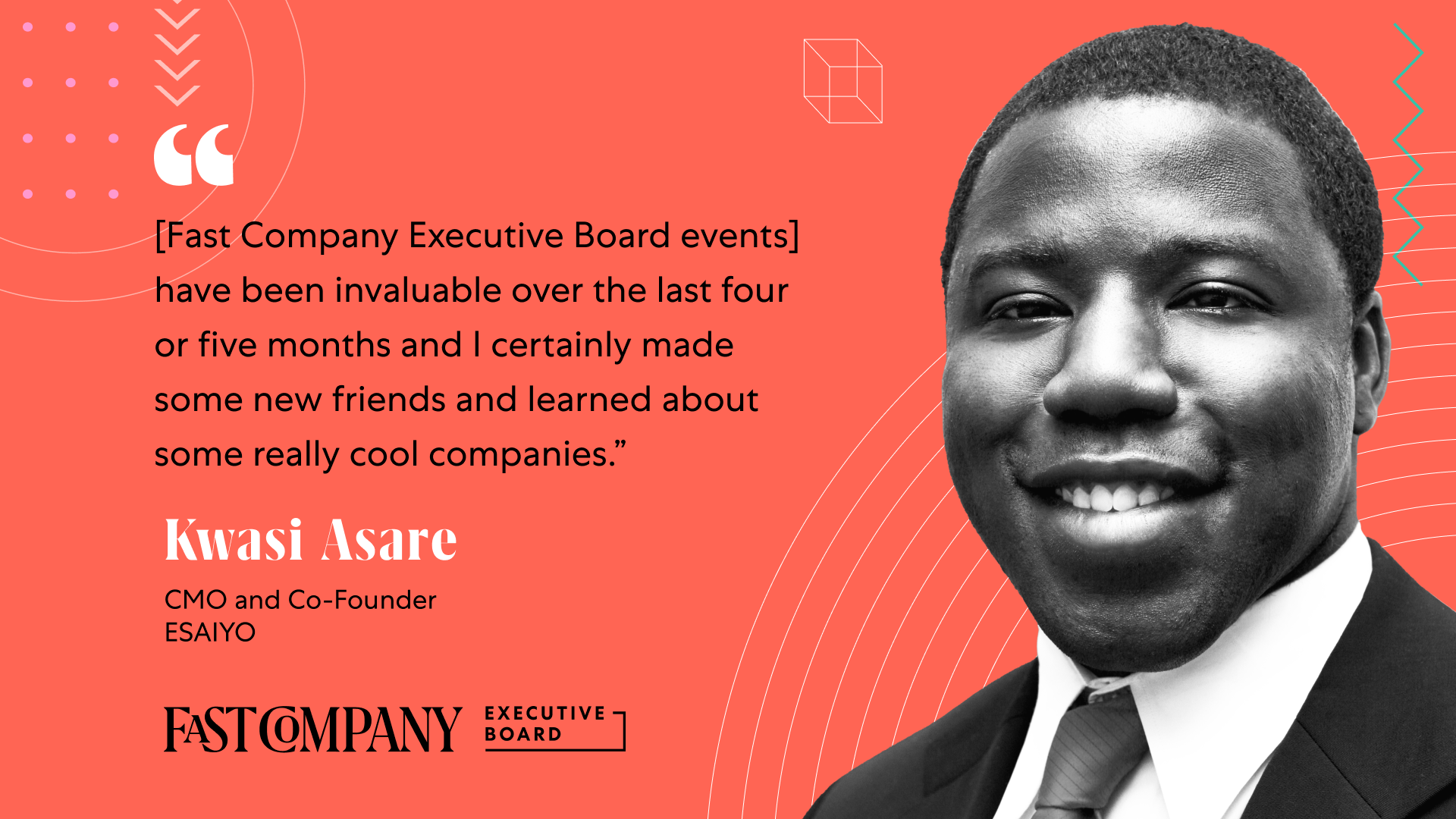 Kwasi Asare had worked on Wall Street, in the music industry, and had started two digital marketing companies when he was contacted by a Silicon Valley friend with an intriguing idea. The friend, Raymond St. Martin, envisioned a proprietary technology that would attach history and identity to both physical and virtual objects. Asare signed on as one of seven co-founders and Esaiyo, which references the Social Identity of an Object (SIO)) was launched. “SIOs capture not just whatever would be included in a JPEG on a blockchain, but also all the metadata, provenance, authenticity and the history of that data, digital object, or the physical object that it represents,” says Asare.

The company’s first client was The Clemente Museum. “The Clemente Museum wanted to create digital representations of all the physical objects in their collection to provide museum goers with a WEB 3 experience,” says Asare. The museum's collection includes Roberto Clemente’s bats, photos and videos from games he played in, collectible cards, media clippings, inspired artwork, and other memorabilia. “By adding social, contextual, narrative , historical, and authenticity data to objects in the collection, and then projecting that out to his global fan base and to potential new fans, you're going to capture a much broader audience,” says Asare.  Roberto Clemente Jr.has also joined Esaiyo as a strategic advisor.

Pre-pandemic, Esaiyo’s first target market was museums; the team planned to use The Clemente Museum as a beta client. But those conversations came to an abrupt halt when lock-downs decimated museum revenues. “We had to go away from brick and mortar use cases to digital use cases of our technology,” says Asare. The team pivoted to focus on a sector that’s experienced explosive growth in the past year — NFTs (non-fungible tokens) such as photos, videos and other types of digital files that use blockchain technology. “We can use the Esaiyo framework to support NFTs and actually provide contextual data for all the NFTs that are being minted,” says Asare.

"[Through Fast Company Executive Board virtual events], we come together and share stories, lick our wounds and have a group therapy session about the business climate."

As NFTs grow in popularity, Asare says that Esaiyo will be able to facilitate the authentication and narrative transfer of NFTs from one blockchain platform to another. “Say you bought an NFT on the Ethereum blockchain and you want to move it to the Cardano chain because the fees are less,” he explains. “SIOs enable you to take that asset, essentially burn it, take the data and convert it into a Cardano based asset and have the authentication, the provenance and the narrative travel with it across those two blockchains or just make that entire process unnecessary.” Asare says the short term goal is for Esaiyo to partner with NFT platforms.

In addition, Esaiyo is a member of the R.O.A.D. Consortium, exploring the uses of its proprietary software to help protect Barbados’ ownership of their heritage data and records while amplifying Barbados’ digital assets by surfacing and connecting the stories of the country’s people, culture, places, and significant objects.

In 2022, the company will also target social impact focused partners and other sovereign nations as likely customers for its technology. “We’re building tools to empower Web 3.0, but at the same time we’re trying to figure out how to use our technology to create a higher quality of life for people,” Asare says.

Asare says that the Fast Company Executive Board was “a perfect fit” for him because he loves both networking and contributing content. He also values the opportunity to connect with fellow members via virtual events. “Every month, we come together and share stories, lick our wounds and have a group therapy session about the business climate,” Asare says. “It's been invaluable over the last four or five months and I certainly made some new friends and learned about some really cool companies.”

One of those new contacts is fellow member Lonnie Buchanan, who is on the board of a non-profit organization that works in Sierra Leone. “I’m on the board of a non-profit that operates in Ghana so we’ve been talking about ways to work collectively to further benefit the people we’re serving,” says Asare. “People are going to have a higher quality of life because we met each other through the Fast Company Executive Board. I don't know what could be a greater outcome.”